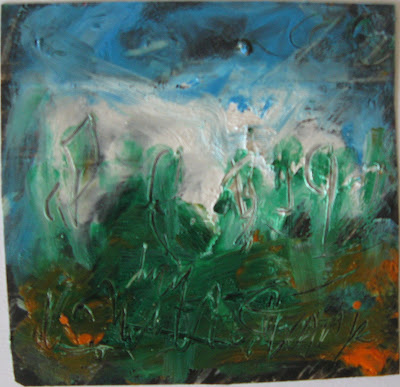 Trans Cultural Exchange (TCE) is an award winning, non profit, arts organization based in Boston, USA, whose mission is to bridge cultural, geographical, political and linguistic divides through the arts.

Between March 9 and May 19, 2002, 99+ artists transcended geographical, political and cultural boundaries to stage 99+ exhibitions throughout the world. Afterwards, all 10,000+ art works were given away in the guise of “coasters” at bars, cafes and restaurants.

For Toronto’s 2012 Culture Works Festival the original Coaster Project artists joined in celebrating their earlier efforts in the spirit of the original project - bringing art directly into the world.
"Make an artwork. Exhibit here. Take another. Place it under a drink: Instant coaster. Enjoy the thrill of being a collector. Then, give it away. Go ahead. Life is short; add a little joy".

The festival was held during July 2012. 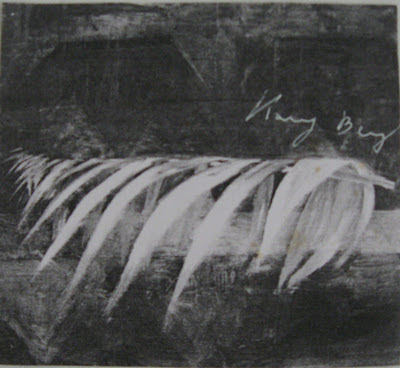 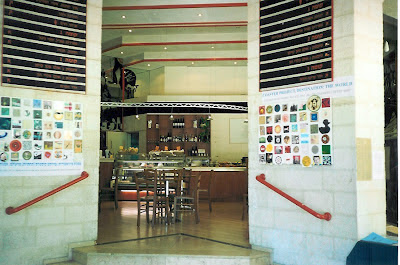 The Coaster Project was an international art event by TCE and the Fuller Museum in Boston, USA.
99 artists from 35 countries around the world (Korea, Japan, New Zealand, South Africa, USA, Ireland, Poland, China, India, United Kingdom, Turkey, Israel and many more) participated in creating miniature art in the shape of coasters, exhibited in 99 different locations worldwide and later given away to the crowd.

In Israel the project was curated by Karmela Berg and exhibited at the Tel Aviv Cinematheque (2002).

Greetings from the Mayor of Tel Aviv-Yafo

Dear Mrs. Berg,
I have been pleased to receive your letter of May 12th 2002 and happy to learn about the successful Miniatures Coasters Exhibition at the Tel Aviv Cinemateque of which you were the curator.

Zoom in on Art Projects